In the Kingdom of Duloc things get ugly when an unseemly ogre – not a handsome prince – shows up to rescue a feisty princess. Throw in a donkey that won't shut up, a bad guy with a short temper, a cookie with an attitude, and over a dozen other fairy tale misfits, and you've got the kind of mess that calls for a real hero. Luckily, there's one on hand – and his name is Shrek. Based on the Oscar-winning DreamWorks film, this live Broadway stage version of “Shrek the Musical, Jr.” was nominated for eight Tony Awards including best score and best book for a musical when it originally opened on Broadway in 2008. “Shrek the Musical, Jr.” is part romance, part fractured fairy tale and 100% irreverent fun for the whole family.

“Shrek is an exciting show to both watch and stage,” said Martha Curtis, the show’s musical director. “There are a lot of great songs and signature moments from the movie, but I especially love how the world of Duloc is fully realized with so many memorable characters. There’s something in this show for everyone.”

“Shrek the Musical” will be the largest and most complex production Wayne Highlands Middle School has mounted in its history. With 36 actors doubling in multiple roles in more than 60 fairy tale costumes, scores of props, and hand-crafted puppets including special effects, make this production a monster.

“We have never shied away from a challenge,” said Scott D. Miller, HPAC’s executive director and the show’s artistic director. “Over the years we’ve produced “Disney’s Frozen,” with real snow and special effects; “Disney’s The Lion King,” with an exceptional cast, beautiful costumes, lighting, and sound; “School House Rock,” with larger-than-life characters; and now “Shrek the Musical” will be no different. This production not only features a very large young and talented cast, but also a singing, dancing, flying talking donkey, with other very special surprises, effects, with lighting and sound, Broadway projections, and interacting (breaking the fourth wall) with all our actors in a production like you have never seen before.”

Reserved seating tickets are on sale now, Regular $10, Senior (+62) $9, Student $5, Children (3-5) $5, Red/Black Pass (Complimentary) for all tickets and may be purchased online at www.honesdalepac.com or by calling the Honesdale Performing Arts Box Office at 570-251-9831. Performances are recommended for a general audience. As an advisory to adults who might bring children, this production is recommended for ages 5 and up. All guests entering the theatre, regardless of age, must have a ticket and wear a mask per our COVID-19 guidelines. 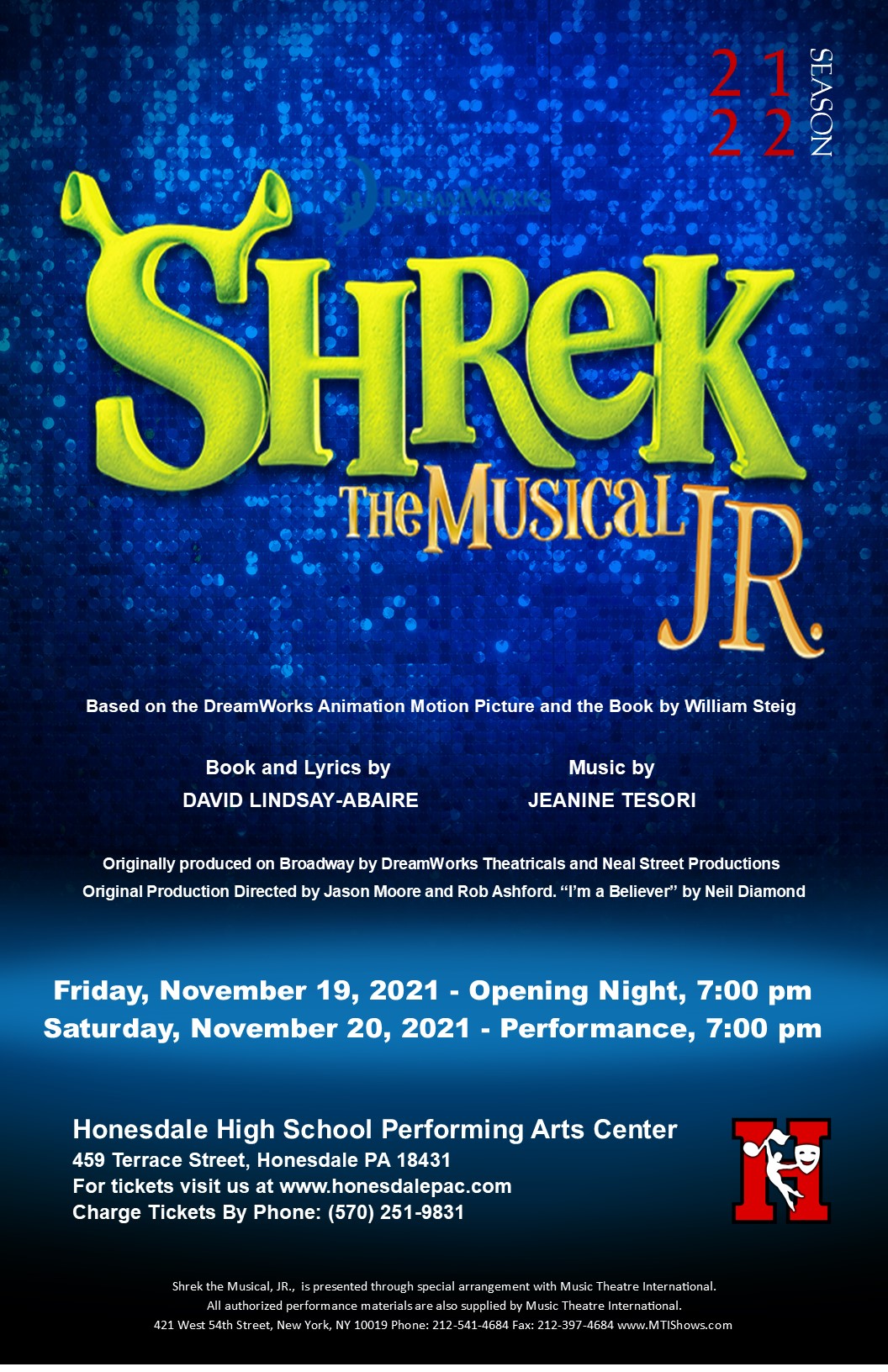 Dust off your leather jackets, pull on your bobby-socks and take a trip to a…

This May, welcome Snoopy, Linus, Charlie Brown and all the Peanuts gang back to…