Ringing in the new year, we join Quosimodo and the town of Paris in the highly anticipated Honesdale High School Musical production of The Hunchback of Notre Dame. Based on the Victor Hugo novel and songs from the Disney animated feature, The Hunchback of Notre Dame showcases the film’s Academy Award-nominated score, as well as new songs by Menken and Schwartz. Peter Parnell’s new book embraces story theatre and features verbatim passages from Hugo’s gothic novel.The musical begins as the bells of Notre Dame sound through the famed cathedral in fifteenth-century Paris. Quasimodo, the deformed bell-ringer who longs to be "Out There," observes all of Paris reveling in the Feast of Fools. Held captive by his devious caretaker, the archdeacon Dom Claude Frollo, he escapes for the day and joins the boisterous crowd, only to be treated cruelly by all but the beautiful gypsy, Esmeralda. Quasimodo isn’t the only one captivated by her free spirit, though – the handsome Captain Phoebus and Frollo are equally enthralled. As the three vie for her attention, Frollo embarks on a mission to destroy the gypsies – and it’s up to Quasimodo to save them all. The show plays February 21-23, 2020 at the Honesdale High School Performing Arts Center. The production is directed by Scott D. Miller; choreographed by Jesse Perry; music direction by Martha Curtis, Betty Ann Robson, and Geri Spinosa; technical direction by Shawn Garing and William Sievers; set designs by Stacy Stone; costume design by Linda Zimmer; prop master Meredith Galinkski; and hair and makeup design by Chelsee Robbins.

We hope you join us this season for a great night of entertainment and support our students in "Our Season - Voices Live in Light!"

Tickets are now on sale on our website. You can order your tickets online (www.honesdalepac.com) using our website portal; call our box office (570) 251-9831 to order your tickets over the phone; or use our new mobile app on your smart phone called Walletini! (Available for free in the App Store on Android and iPhone) 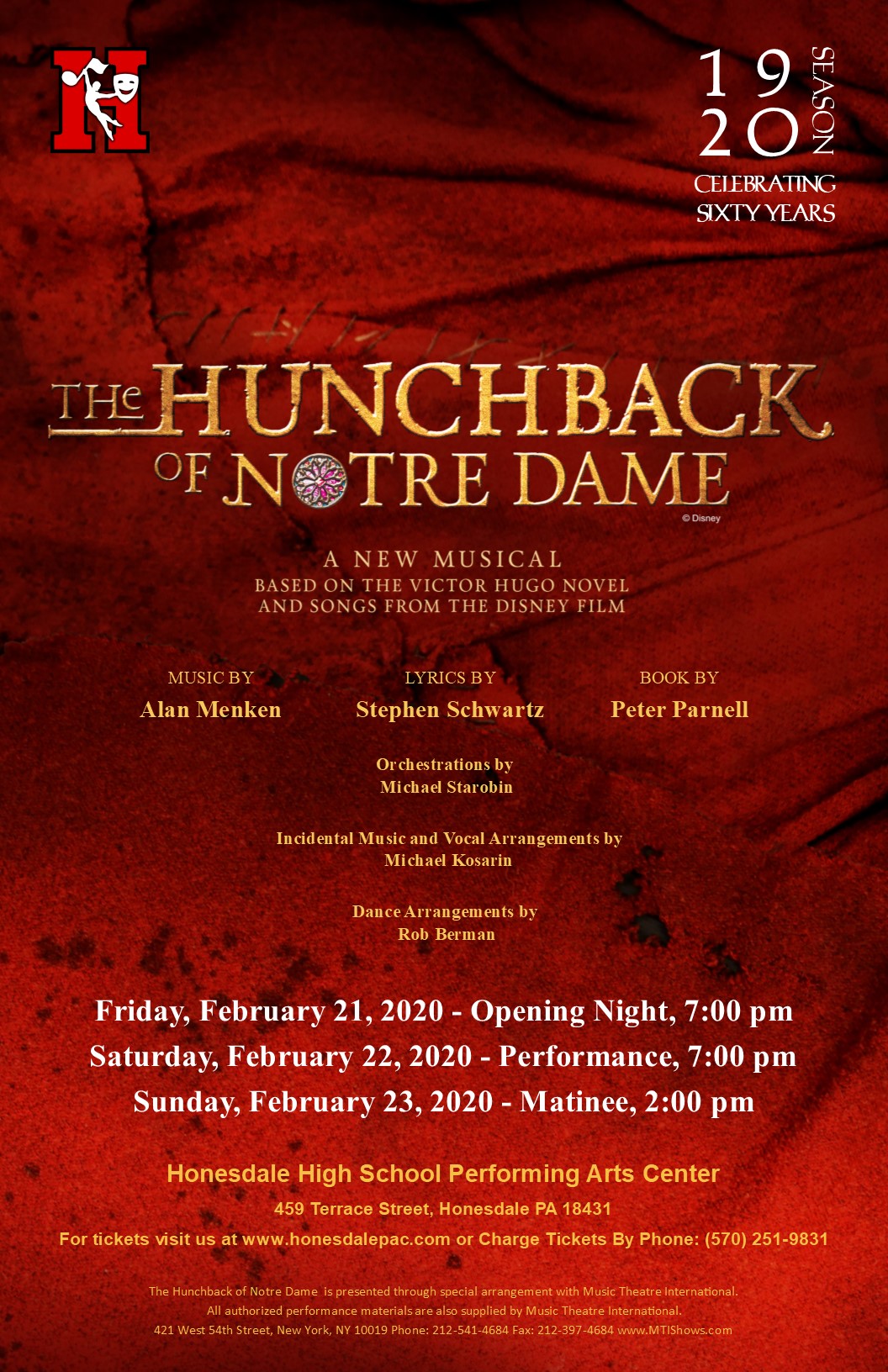 The Hunchback of Notre Dame

This May, welcome Snoopy, Linus, Charlie Brown and all the Peanuts gang back to…

We kick off “Voices Live in Light!”, as the Wayne Highlands Middle School…